Home Blog How Exogenous Ketones Can Help You Drop Kilos!

It sounds so scientific, technical, maybe even unnatural to some. “Exogenous ketones”.

But what are exogenous ketones?

Ketones are a type of fuel for the cells of our bodies, much like glucose is.

Being carbon-based like glucose, they’re processed to produce energy for our daily activities.

The alien word “exogenous” actually means produced externally, or outside of our bodies. “Endogenous” ketones are synthesized in our bodies, more precisely in our liver.

Being introduced relatively soon (early 2010’s), exogenous ketones and their benefits are still under hard and detailed research, but the main punch is well known and purely advantageous, as long as you separate proper info from false misconceptions.

Ketones are consumed instead of carbs, and are naturally consumed in the state of the body called ketosis. Low-carb or no-carb diets induce ketosis, at which point the body burns fat, and the organism runs on ketones.

Exogenous ketones do not require the prime state of ketosis to be analyzed, instead they are taken in the form of supplements.

At this point, you can most likely guess why they’re good for weight loss.

We’ll do the hard-fact research for you, and present you with concrete facts.

How do exogenous ketones help me lose weight? Ketones do not cause weight loss.

In addition to this, ketones are supplements, with them being most effective when combined with a low-carb diet, and ketogenic-structured eating habits.

It is possible to actually gain fat even while taking ketones, depending on your diet and the type of food you’re eating.

Specifically taking into account weight loss as a goal, exogenous ketones are primarily a tool used to get you into ketosis, which allows ketogenic diets to do their magic.

So, ketosis is the starting line, weight loss is the goal.

Exogenous ketones are the shot fired to signal the beginning of the race!

Related: Keto is the New Black: How to Really Eat Healthily How do exogenous ketones exactly fit into these?

Well, instead of having to spend days on low-carb diet to reach the state of ketosis, taking exogenous ketones triggers that phase much earlier that the body would on its own resources.

Other benefits of exogenous ketones The “flip side of the coin” regarding ketosis is that the body needs time to shift from carbon-fuels to ketone-fuels and fat digestion.

That period is called “keto flu”, since it shows symptoms of a regular flu, like bloating, irritability, low-energy, headaches, and the like.

It’s because the body has started its transition towards consuming ketones, and has temporarily found itself on “no man’s ground” by not getting enough energy from either source.

Exogenous ketones jump over the keto flu phase entirely, as they supplement the body with both energy and ketones, while also dramatically shortening the transitional period.

Excess ketones – an issue or not?

Certain rumors are circulating that excess ketones can be dangerous to your organism.

That’s wrong and pretty much unbased.

What actually happens is that, in a case where more than usable amount of ketones somehow shows up in your system, kidneys quickly flush them out through urine, like most of the body waste.

In fact, regarding weight loss, excess ketones are much less malevolent than, for example, excess fat.

Ketones are much harder to convert into adipose tissue, unlike the arch-nemesis of unhealthy fats and carbs.

No fat tissue from ketones, no worries from ketosis.

Swapping glucose for ketones can have many benefits — check some of them in our article.

– Don’t take all rumors about exogenous ketones for granted

– Get trusted info and reliable products from verified sources

– Plan your ketogenic diet and start that weight loss race

– Get exogenous ketones working you into enhanced ketosis state

So, we’ve shared some basic info and benefits of using exogenous ketones.

Yes, it is life-changing, and not only on a motivational level, but on biological as well.

Do you strive to become an improved version of yourself?

Whether you decide to follow in our footsteps or not, is entirely your call.

But we strongly suggest so.

Burn that inferior version of you up – ketogenic style.

Check some of our goodies here.

@ButterCoffeeOz is the best place to see our best performing example. 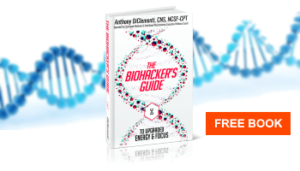